Would you like to switch to the accessible version of this site?

Don't need the accessible version of this site?

21 Reasons Why Your Cat is Crazy 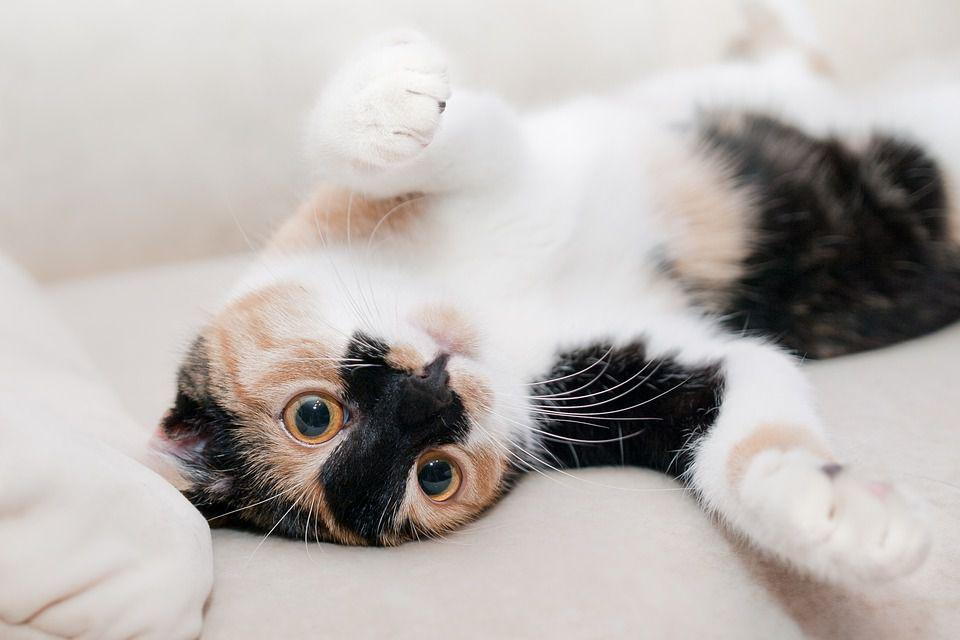 You live with them, you love them, and you know they're insane. From climbing the curtains to bomb-dropping the dog, their antics make you laugh day in and day out. Here are the 21 top reasons cat are crazy:

1. They Run Hot and Cold
Cats can be sweet when you'd least expect it, and then bloody the back of your hand in an instant.
2. They're Unpredictable
Ever seen a cat lounge all day only to go crazy at 8 p.m.? Yeah, that's what we mean.
3. They're Sharp
With even the sweetest cat, playtime can sometimes leave you with scratches.
4. They Can Act Manic
From chasing their tails or laser lights to playing in the toilet, cats can exhibit some seriously manic behaviors.
5. They Purr
Few animals besides cats purr, but your household kitty will purr like a motorboat. In 2015, Merlin, a rescue kitty from Torquay, Devon (UK) was confirmed as having the world record for Loudest Purr by a domestic cat.
6. They're Difficult to Train
If you have a dog, you know Fido wants to be your best friend and will do virtually anything you ask. Cats are more difficult and can be tough or impossible to train. They're wild.
7. Cats Are Some of the Most Popular Pets in the World
And they know it! With a history dating back to the Ancient Egyptians, cats have long since held a revered place in the lives of humans around the world.
8. Their History With Humans Goes Way Back
Cats have been living with humans for more than 10,000 years. They know our weaknesses.
9. They Sleep Most of the Day
To conserve energy, cats sleep between 13 and 15 hours a day. Imagine if they didn't.
10. Cats Have Flexible Bodies, Adapted to Hunting Rodents
Anyone who has ever seen a cat squish itself into a tiny shoe box won't find it surprising that cats can squeeze into rodent holes. Cats can fit through any space that is wider than their heads. That's because they don't have collarbones and their heads are the widest parts of their bodies.
11. They Sometimes Travel in Groups (Clowders)
They like socializing, but only with whom they choose.
12. They Can Grow to Be Huge
The heaviest domestic cat in the world was 46 pounds! Just imagine if it jumped on your lap.
13. They Have a Set Schedule
Cats are crepuscular, which means they tend to lay low during daytime hours and become hyperactive when you want to go to sleep.
14. Cats Move Like Lethal Weapons
When a cat walks, its hind feet land exactly where its front feet did. This helps them stay quiet and sneak up on prey — or your feet.
15. They Have Night Vision
Cats have excellent night vision, and can clearly see in light that is six times dimmer than what a human can see in.
16. They Can Sniff Out Their Prey
Cats have a powerful sense of smell, which allows them to detect a mouse (or a can of cat food, or your dinner) from a long distance.
17. Older Cats Are Often Aggressive to Kittens
This is the same territorial behavior seen in lions and tigers in the wild.
18. They Love to Play
Domestic cats will take full advantage of catnip mice and "fishing pole" toys.
19. They Live Long
Domestic cats tend to live between 12 and 15 years. They have time to become experts in mischief.
20. Cats Don't Adjust to Change Well
As creatures of habit, cats tend to have a hard time adjusting to abrupt changes.
21. Cats Groom Themselves More Than Most Other Animals
By licking their coats regularly, cats keep themselves clean — and pose for your next video.
Cats: The Craziest Household Pets
For anyone who has ever wondered over the antics and tendencies of cats, here's the ultimate answer to the question, Why do they do that? They're crazy, that's why! But from the household feline to the wild lion, all kitties are funny characters with a unique set of strange habits and behaviors. And we're crazy about them!

Find us on the map